Queer Connection Lanark
2019 IS IMPORTANT
​BECAUSE .... 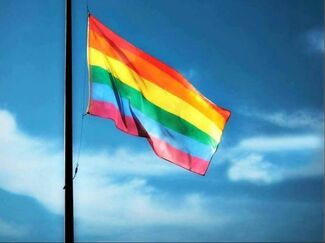 ​Two pivotal events happened 50 years ago that shaped the world we live in today.
​
​
​One event was a social uprising, the other an institutional change - each creating a positive ripple effect that has resulted in a more inclusive society:

On May 14, 1969 the Canadian government passed a bill in which buggery and gross indecency were made not illegal if between two consenting people, over the age of 21 and in private.  Justice Minister Pierre Trudeau made the now famous statement: "The state has no business in the bedrooms of the nation...what is done in private between adults does not concern the Criminal Code."
As limiting as these changes were, this was a watershed moment which contributed to the rights and freedoms we enjoy today.

To recognize this monumental decision, a commemorative coin will be released this year by the Royal Canadian Mint.

In June of 1969,  ongoing police harassment of the LGBTQ2 community met with resistance at Stonewall Inn in Greenwich Village, New York City.  The riots lasted for days and sparked the beginning of the Pride movement.

​In 2016, then President Barrack Obama declared Stonewall Inn as a national monument and said: "The Stonewall Uprising is considered by many to be the catalyst that launched the modern LGBT civil rights movement.  From this place and time, building on the work of many before, the Nation started the march -- not yet finished -- toward securing equality and respect for LGBT people."